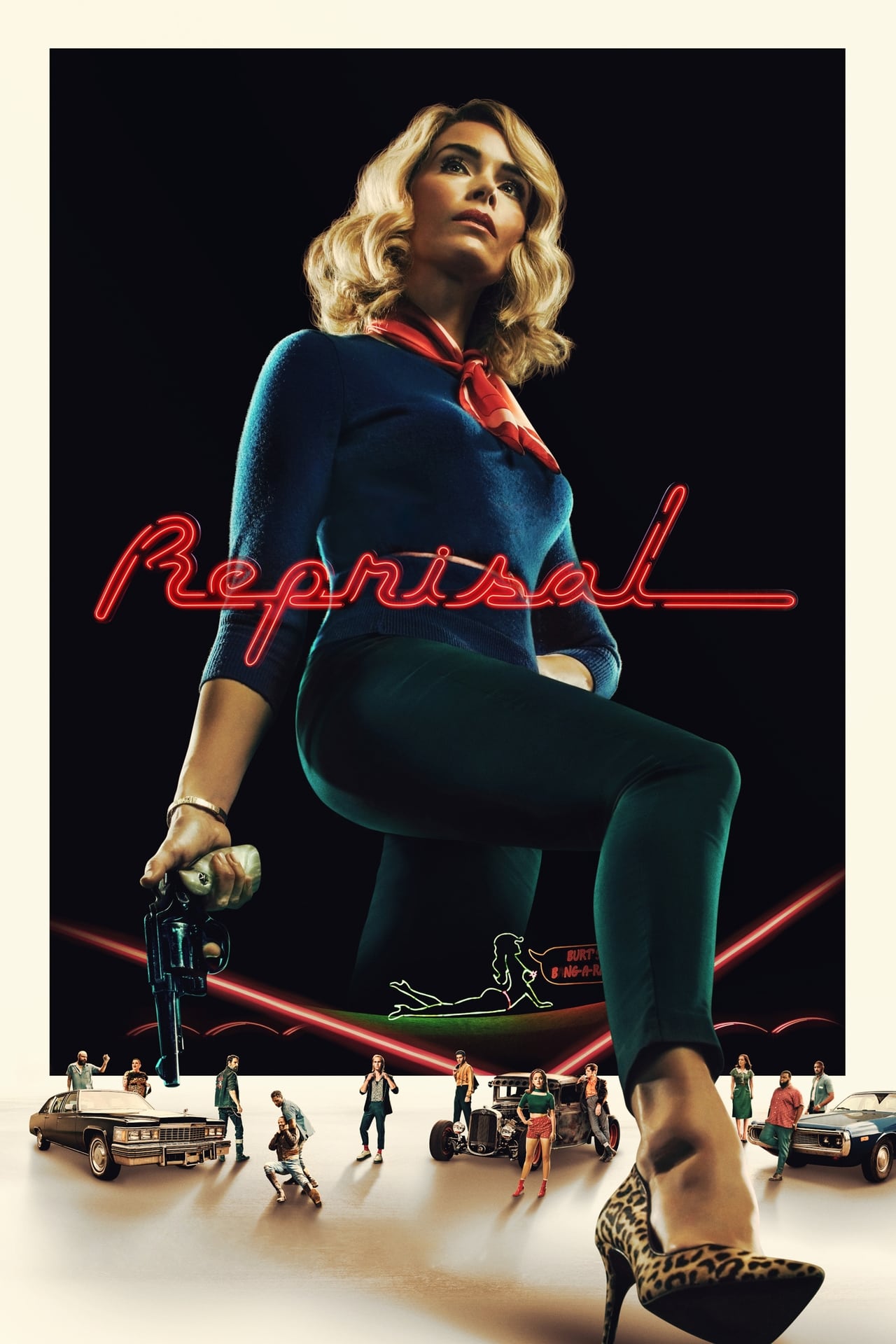 A woman sets out for revenge against the gang that tried to kill her.

Reprisal is a hyper-kinetic revenge tale following a relentless femme fatale who, after being dragged and left for dead, leads a vengeful campaign against a bombastic gang of gear-heads.
Long after being left for dead by her brother and his gang, Katherine Harlow has reemerged far from their world as the charming Doris Dearie. Having enjoyed some years of peace, she now finds her quaint lifestyle on the brink of unraveling. Prompted to embark on a mission to rescue her long-lost niece from the very gang that tried to kill her, she aims to exact her revenge every step of the way.